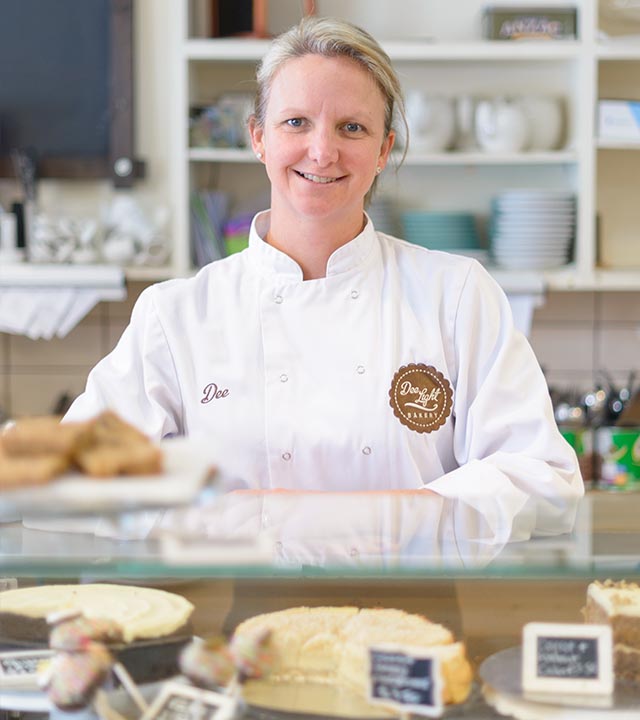 Australian born and bred Dee grew up in her kitchen making everything from scratch cakes, cookies and Easter eggs to barbequing breakfast and dinner. Dee grew up dairy free and her cousin celiac so the kitchen was the most popular room in the house. Dee got her first job in a bakery at age 14 then onto the butcher shop and back to the bakery. She studied creative cake design in Sydney and followed by her time at LSBU studying Creative Technology graduating with distinctions. Following a child hood dream Dee opened the bakery cafe in Balham in 2011 with two young toddlers in tow. With over 20 year’s experience Dee is passionate about food, baking, product development and teaching. Dee has received Best bakery award 2015 and many best local bakery awards over the years. She teaches Gluten free baking for Divertimenti in South Kensington and frequently pops up in many local food festivals through out the year. 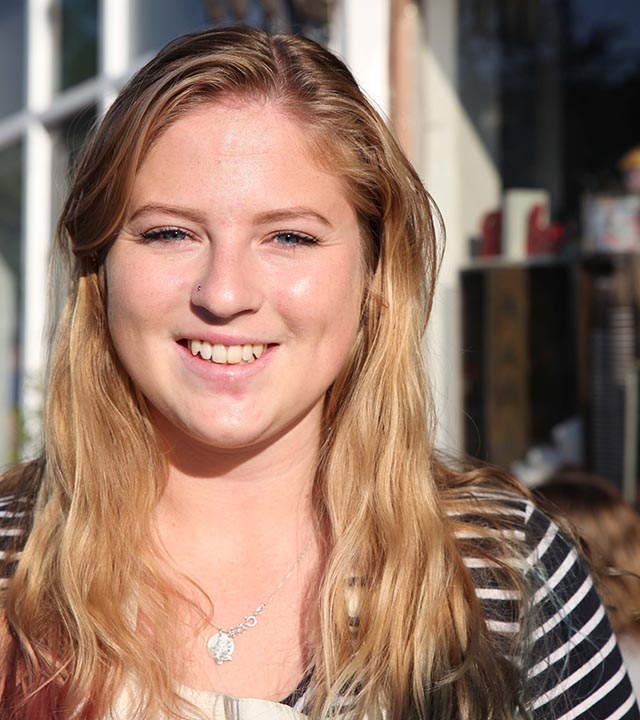 Born and Bred in Oxford, Roo has since travelled the world. As yet her favourite country is Australia so we could not have been happier when she joined us back in January 2017. She's young witty, loves music festivals and eating cake, most importantly she makes us laugh. Roo was keen to develop her baking skills from day one and she quickly settled into her position as assistant manager. Her speciality is South west London's favourite, the carrot cake... She can make it blind folded! 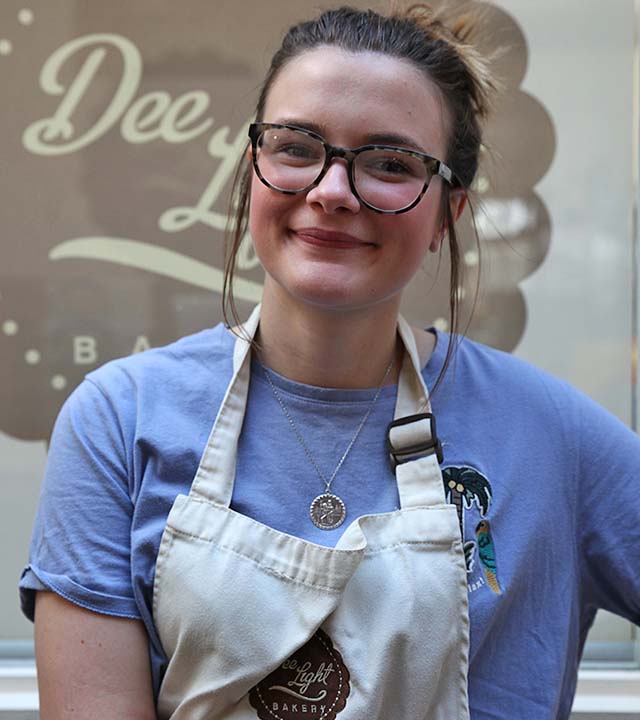 Hi, My name is Katie, I'm 24 and from North Wales coast. I am a recent graduate of the acting course at Italia Conti, however my first and foremost love is dogs and cheese! But mainly dogs! I love singing, cooking, and a good dose of sunshine. I'm a trained party entertainer and I have so much fun running the children's parties at the bakery. It is so great to see the kids faces when they've made something they are proud of that they can take home. 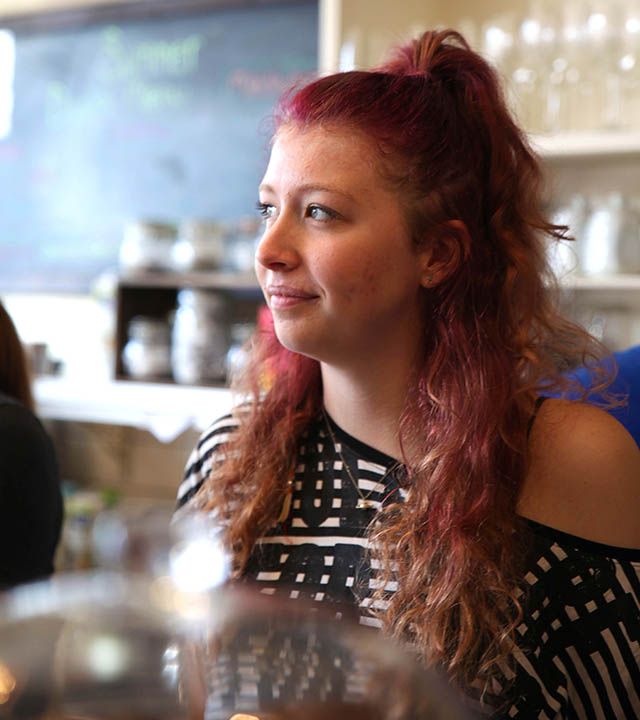 In between my classes at sixth form I work in the café, at Dee light Bakery. I am currently studying a levels including art, hoping to go on to an art Foundation course next year. I've worked with kids since I was kid and I love that Dee Light is such a family oriented business, because it means there's never a dull moment!

I am 22 years old from a small town in Poland. At the moment I'm on my final year in Pharmacology. My passion is baking and I am mad about coffee, that is why Dee light bakery is the perfect place for me to work.

Leah has a long history of moose tracking on sodden snowshoes; trekking through the wild woods within the Canadian wilderness. Some say she sprouted directly from an igloo's icicle droppings. Fortunately, on her most recent adventure, she found herself wandering the quirky streets of Balham and decided to settle for the rainy days of London, rather than the wintry ones in Ontario - tucking into 3-4 cups of coffee a day in Deelight. In between the multiple units of coffee, you may find her reading or petting the local dogs to help her assimilate into the English culture. If you spot her, make sure to say a hearty 'Cheerio!' (because she assumes everyone says that in England and will be mildly confused at any other greeting)...

Hi, I'm Daniel and I'm originally from Portugal. I started pursueing my interest for pastry & bakery at only 15 years of age. I attended a Pastry baking course for 3 years which I completed successfully. Shortly after that, I went into the working sector as a professional pastry chef where I have gained more experience through learning and practising different skills and techniques. After moving to London 7 years ago, the experience only grown along with the passion for what I do especially when representing a company like Deelight where I can not only utilise my knowledge and skills but also learn and develop my career further. 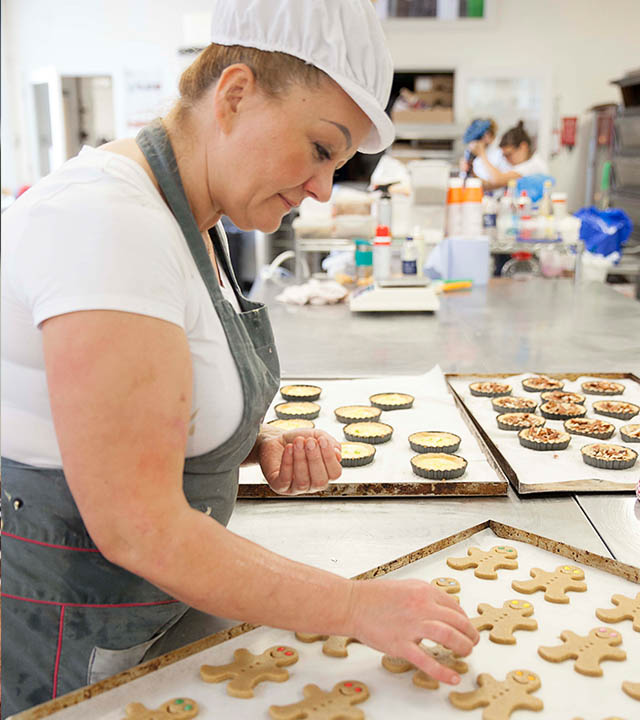 I came to London 7 years ago. I did work in many bakeries and restaurants but I never met so lovely and friendly people who really warmly welcomed me in like in Dee light bakery. I'm coming to work with a great joy and feeling as a part of family. Because of that friendly atmosphere we can produce delicious cakes! 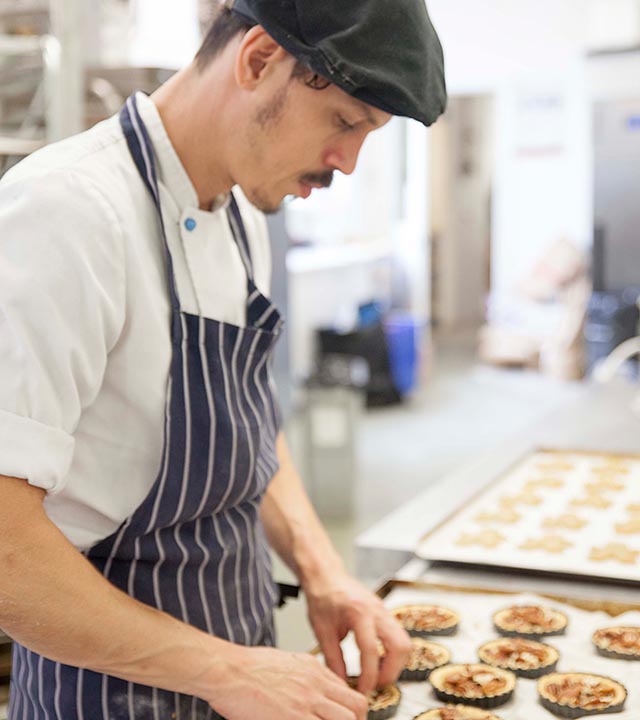 Originally from a remote farming town in Southern Brazil, Fabio Ferreira journeyed to London in 2005. Drawn to the capital's vibrancy and diverse cultural wealth, he arrived unable to speak a word of English,and with nothing but a passion for learning. Fate shone on Ferreira, who, after a brief stint as a kitchen porter at the globally extolled and maverick restaurant phenomenon St John, pastry wizard Justin Piers Gellatety recognised his potential and offered him a rare apprenticeship at the Smithfield bakery. During the 2 years of intensive training that ensued, Gellatety's expertise and passion for combining creativity with traditional timeless recipes was the crucial ingredient of the young patissiere. So successful was his training, Carvalho graduated to a 6 year role as head of Pastry at the much loved St John restaurant, St John Bread and wine St John bakery! Carvalho has since gone on to develop his craft in a number of Michelin star kitchens, notably Jamie Oliver's 15, and most recently and current Dee light bakery. 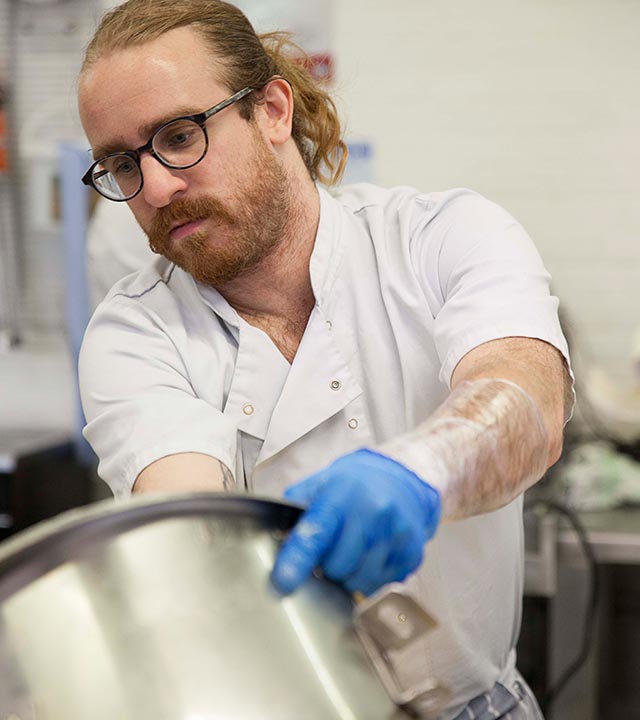 Hi I am Simon, I am from Switzerland where started an apprenticeship to be a pasrty chef when I was 17. After that I left the pastry world to study and work in different things such as music and teaching. I have now been living in the UK for a few years where I went back to working as a pastry chef. 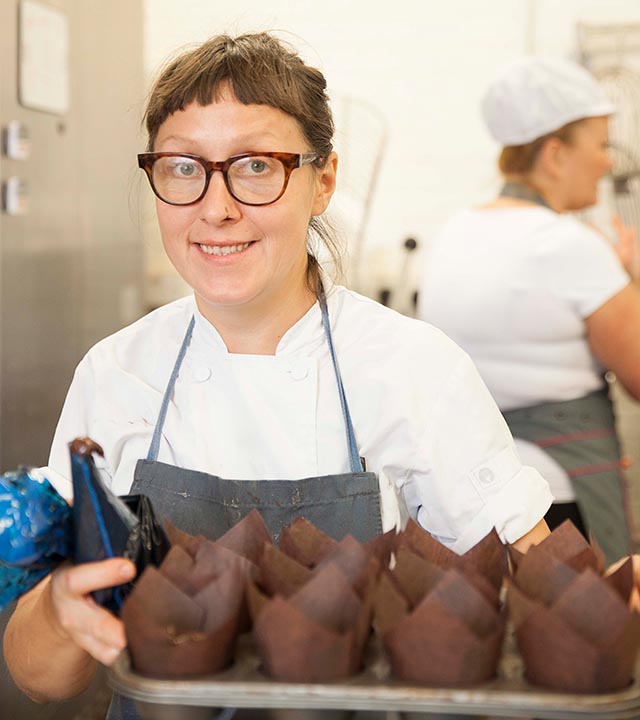 Hi, I’m Vidgaile I worked in Italy as a pastry chef starting from a young age. I have been living in London for the last 3 years working as a pastry chef. I am interested in baking vegan and gluten free products. Dee light bakery is perfect place to work for me and I enjoy baking here.